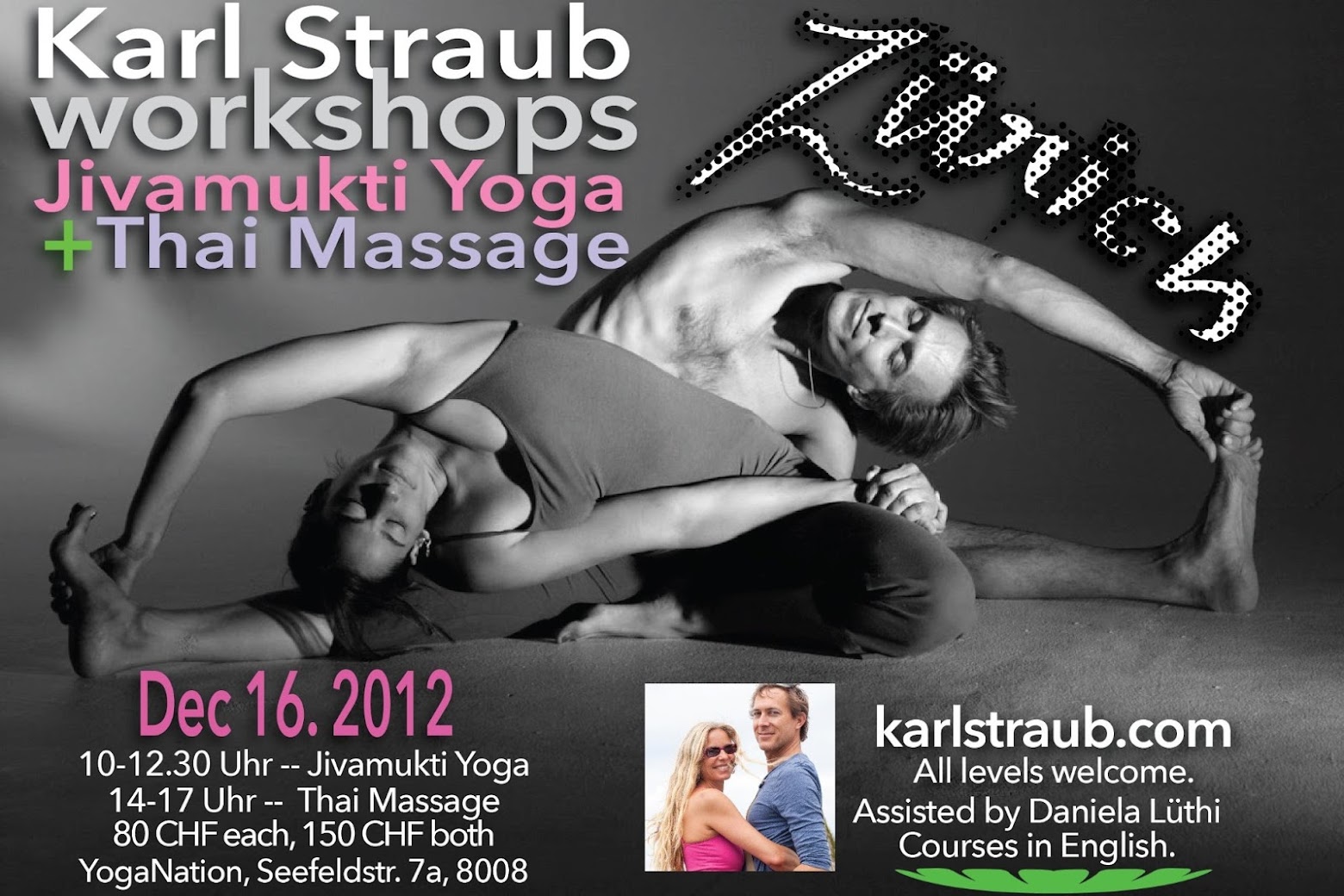 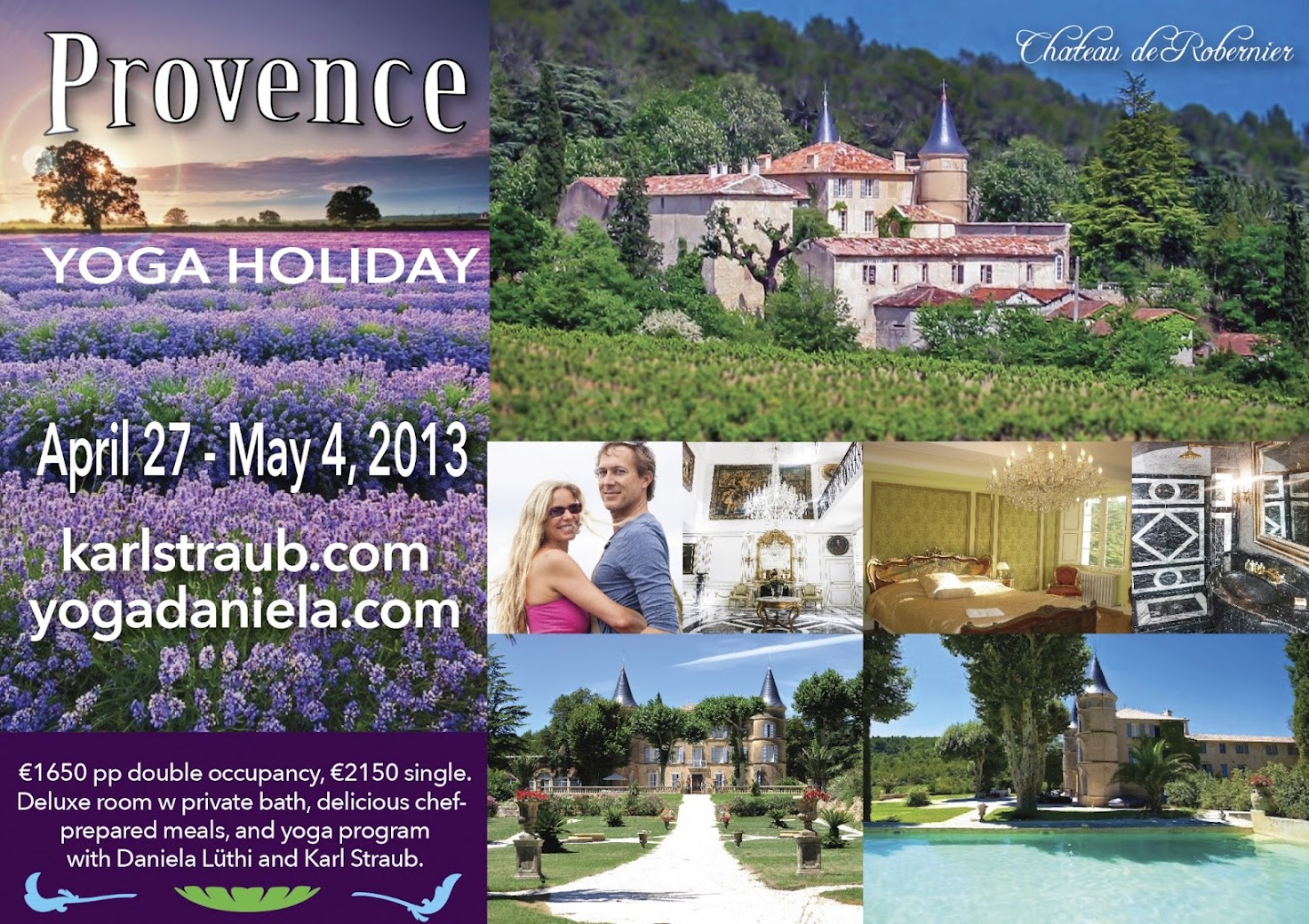 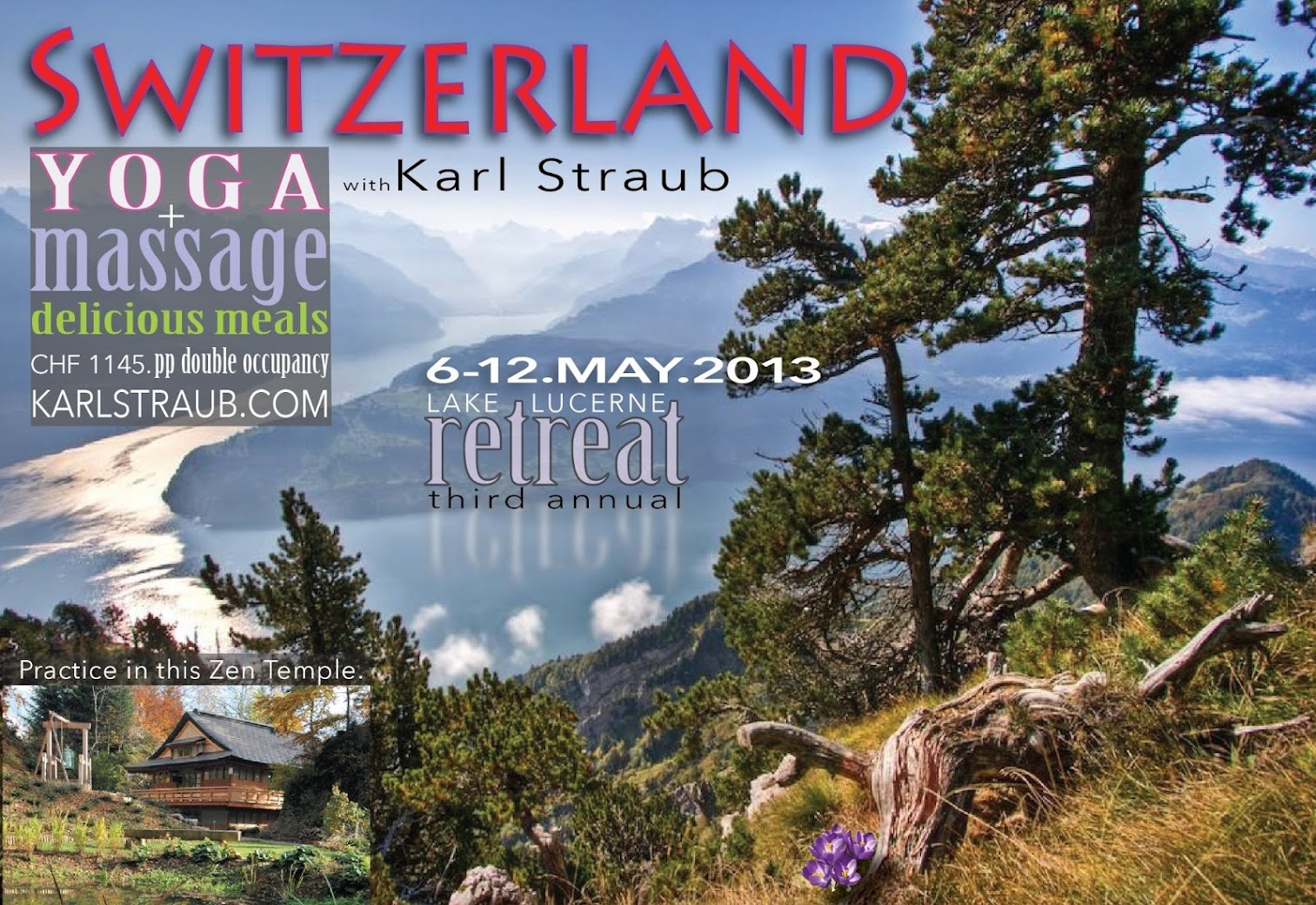 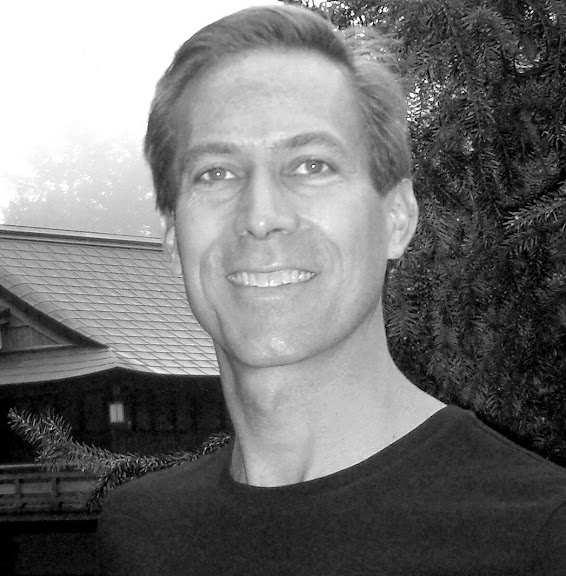 Karl Straub grew up in North Carolina, Pennsylvania, and Arkansas. He has been a competitive swimmer, dolphin communication researcher, resident manager of a retreat center, actor, business owner, and school teacher. Now he is known for his inspirational yoga classes full of humor, compassion, hands-on assists, and overtone chant. He is a graduate of Duke University, studied cognitive science at Columbia University, and his yoga-related certifications include Jivamukti Yoga, Tibetan Heart Yoga, and Thai Yoga Massage. Karl currently leads workshops, retreats, and teacher trainings in about half a dozen countries each year. He also served 8 years as the European Regional Executive Director for the Yoga Studies Institute.

Have you read the Yoga Journal article that includes an interview with Karl? View it here.

How I was introduced to yoga: After a decade of long days of sitting at a desk and working on a computer my girlfriend at the time introduced me to yoga. At first I just watched. I commented “Hey, that’s a nice pose, do that one again!” She said, “No, YOU do that pose!” With patience and fortitude she helped me overcome my initial resistance. I wouldn’t have done it alone. Almost immediately it was clear to me that the asana practice was something beneficial for my body. This yoga thing was actually useful. After that introduction I attended classes almost daily at a local gym. After about a year later I moved to NYC and continued yoga practice and study at various school including the Iyengar Institute, Jivamukti Yoga School, and the private tutelage of Swami Bua.

A common question I receive is “What kind of yoga do you teach?” Whenever I hear this I remember the way Swami Bua answered this question. He said, “I do not teach ‘yoga’, I teach how to get to heaven!” This was a bit of a shock. My friend and I had expected something else. Some kind of a label we could use to categorize this teacher. Instead he gave us a peek into the invisible infrastructure of all yoga practice, consistent with the goal of all classical yoga traditions: to be free of selfishness, to stop causing suffering, to stop hurting others, to treat others as we wish to be treated, to discover one’s true purpose, to be at one with the divine, to love and serve everone with equal intensity and joy. This, of course, sounds a lot like any spiritual discipline. And that’s what it is. It’s not merely a set of excercises to get strong, limber, and lithe, although that may happen along the way. It is a highly developed system of using both physical (outer) and subtle (inner) methods synergystically in our development toward our highest potential and real happiness. I’m incredibly fortunate to benefit from the world’s greatest teachers, and it’s a joy to share their wisdom.

Join me at the incredible Telluride Yoga Festival!